The city of Chicago may be well known for its skyscrapers, jazz music, and even its 1920s gangster scene, but if there is one thing that is genuinely iconic about Chicago, it’s the food. The city is host to a number of Michelin-starred restaurants and famous dishes from around the world. You can learn about the local food and dishes, on this website: http://www.firstcoffee.net

These days, food tourism is a popular activity among visitors to new cities and countries, since it lets them really get to know the place through its typical cuisine – whether it’s from a food truck down the road, a family restaurant, a farmer’s market or a food festival.

One of the main reasons why food tours have become such an essential part of Chicago’s tourism sector is because they help to preserve the city’s culture and history, by supporting local and family businesses which have been around for decades. This is especially timely now that many chain restaurants are expanding and setting up franchises all over town.

If you’re visiting for the first time, and you’re into trying new things for the first time, then taking a food tour of Chicago is sure to make your experience much more rewarding. The locals are always very enthusiastic about sharing their personal favorites with tourists. 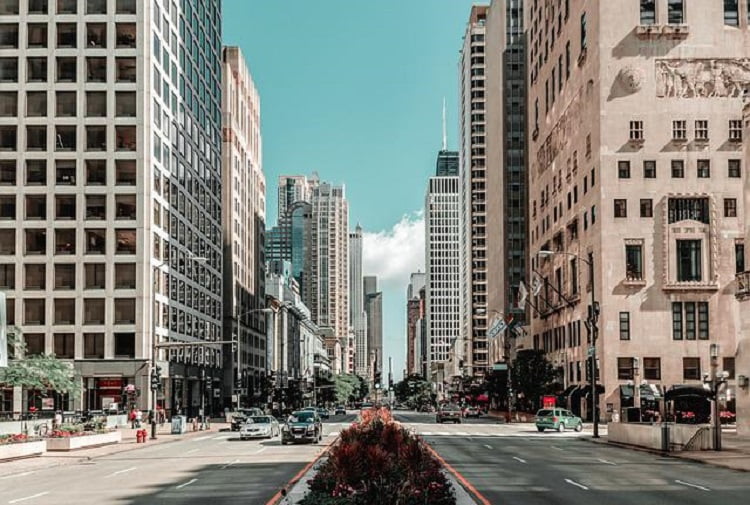 Dishes you must try once you get to Chicago

The list gets off to great start with Chicago’s most famous cinnamon rolls. These are extra fluffy, and the sweetness of the icing combined with the spice from the cinnamon makes a perfect match of flavors – not too sweet but sweet enough. The rolls have a distinctive, delicious smell which is sure to make your mouth water as soon as you smell them from across the restaurant.

Miss Sather purchased the restaurant from its original Swedish owners back in 1945, and it’s been open ever since. The establishment serves breakfast from opening time to last call.

Delicious and full of color, the hot dog is undoubtedly Chicago’s most iconic food, perhaps because of the peculiar local recipe. A Vienna beef hot dog is placed in a poppy seed bun and piled with toppings such as mustard, onions, green relish, sport peppers, pickles, and fresh tomatoes, all topped off with celery salt. The people of Chicago are typically opposed to using ketchup as a topping on hot dogs, preferring fresh tomatoes and maintaining that the real thing is always the better option.

Byron’s is a family-owned and run restaurant which has been around since Byron Kouris flipped his first hot dogs in 1975. The simple venue is made up of a small counter facing outwards, and a few stools and picnic tables for eat-in diners.

There are many different ways to order one of these sandwiches, depending on your preferred toppings. Don’t let this straightforward sandwich fool you – it is full of flavor, with the juice-soaked bread combining with the spicy hot peppers to create another excellent and iconic Chicago dish.

Mr. Beef was opened by Italian immigrants in the 19th century, and nowadays the restaurant has franchises all over the city of Chicago.

Harold Pierce and his wife founded the first Harold’s Chicken in 1950 on the Southside of Chicago, and have been expanding all over town since then.

Their extra crispy fried chicken comes with two different sauces to choose from – mild and hot – which you can drizzle on your chicken and fries as a topping, making it even more delicious.

The deep dish pizza is undoubtedly one of Chicago’s most iconic culinary contributions, and should be top of every tourist’s bucket list. What makes this pizza so special is the way it is made: baked in a round pan resembling a cake tray, the dough is pressed up against the sides of the pan, while the sauce is spread over the cheese and other fillings such as pepperoni. The pizza crust is then effectively fried before serving, due to the greased pan.

Lou Malnati’s was founded in 1971 by the son of Rudy Malnati, who played a significant part in the development of the Chicago-style pizza which is so well-known and loved today.

Excellent Mexican food is available in all four corners of the globe, but Chicago’s Mexican family restaurants are among the best and the most authentic establishments north of the border. You can either opt for traditional dishes, or a fusion which incorporates culinary influences from other parts of the world, like Korean food.

A tradition dating back to 1949, Garrett’s is a local institution thanks to its fresh, delicious popcorn. The most well-known item on the menu is the Chicago mix, which blends caramel and cheddar-flavored popcorn. You may be a little skeptical about this combo, but we assure you, they go together perfectly, striking the perfect balance between sweet and savory. Every bite is completely different from the last.

The small-batch popcorn comes in bags which can be taken home and make for an excellent souvenir, letting your loved ones have a taste of Chicago. Garrett’s has franchises in other states but, naturally, nothing can compare to the original and best.

Hopefully you now have a better idea of some of the spots which you should head to during your trip to Chicago! You’ll be thanking us once you try all these delicious dishes for the first time…