People who live in geographically remote and rural areas don’t have a lot of choices when it comes to enjoying television programming. They can’t access the tightly-knit cable or fiber networks that are widely available in the cities, so they have only one platform through which they can receive day-to-day channel broadcasts, i.e. satellite television. Satellite TV has been around for a long time and offers consistent coverage across the U.S. Though the world runs on video streaming and other digitally advanced content delivery systems now, satellite maintains its place as the best option for people who love a good dose of television and can’t get it easily in their area.

Satellite TV relays all the channels that you can find on the most amazing cable services like Cox cable TV, and sometimes, even more. It supports HD quality and premium content. However, one slight drawback of satellite TV is that it undergoes disturbance on account of bad weather and gives poor signal reception as a result. Let’s see how that happens and figure out a way around it.

How does satellite TV work? One word: Wirelessly. A satellite TV provider beams digital signals to a communications satellite orbiting 37,000 km above the earth’s equator. The satellite, in turn, transmits those signals directly to an outdoor parabolic antenna or a dish located at the subscriber’s rooftop. Once the dish reads the signals, it sends them to a satellite receiver that can be an external set-top box or a built-in tuner, which then decodes the signals and plays the compressed programming on TV. Most of the signals run on the X-band (8 – 12 GHz frequency) or the Ku-band (12- 18 GHz frequency). The Ku-band is located under the K-band, which is prone to weather-related disturbances. Though Ku-band itself has a faster data transmission rate, it can become affected by atmospheric tension due to its proximity to the already-vulnerable K-band. This may cause intermittent signal loss.

Bad weather can consist of anything from rainfall to icy fog. Heavy rain has a particularly damaging impact on satellite signal transmission. How? Well, for one, raindrops refract the signal pathway on the electromagnetic spectrum, making them scatter about in all directions, instead of reaching the viewer’s satellite dish in a composite state. Two, water absorbs the satellite signal’s potency, weakening its speed and data transfer rate, and leading to a distortion in audio/video quality of the relayed television program. This is a major reason why people who live in areas with frequent rainfall experience reduced signal strength and poor reception on their satellite TV.

Besides heavy rain, snowfall can also interfere with satellite TV transmission. When ice accumulates on a satellite dish’s surface, it can create two problems. The first is that the weight of the snow can move the dish out of alignment with the orbiting satellite, disturbing the signal’s pathway and leading to a complete disappearance of service, in the worst-case scenario. And, second, the accumulated ice on the dish can block signal reception on the user’s end, making you pick up the phone in frustration and call your satellite television provider. If your satellite is not fixed properly, then heavy winds can also cause havoc to loosened screws and shift the parabolic antenna away from its accurate position. So, yes, bad weather can harm your satellite TV signals.

What can you do about it? Here are a few tips, which you can implement to keep your satellite TV in top-notch shape even during bad weather.

Since atmospheric conditions play a major role in satellite TV transmission, so bad weather can surely affect its performance. However, by employing some fail-safe tips, you can steer clear of poor signal reception even if it rains cats and dogs outside. 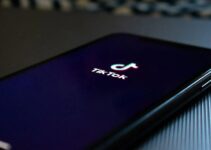 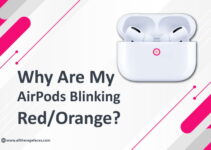 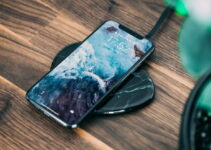