Boredom Is Essential: How Unstructured Time Can Fuel Your Child’s Creativity 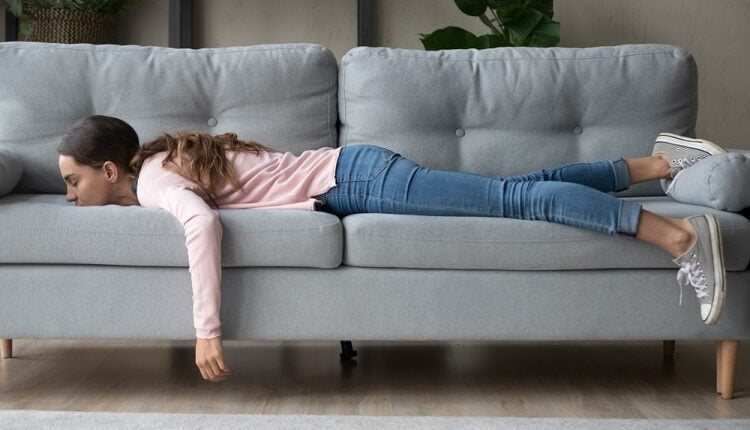 Being bored is frustrating because the human brain has developed to desire stimulation in some form at all times. When you’re not doing anything, you aren’t getting the resulting dopamine reward that comes from activity. Children experience this on a much stronger level — they need more stimulation — because their brains aren’t fully developed. But this doesn’t mean that any kind of stimulation is good; the less instant it is, the more rewarding.

Children get bored easily, but without too much effort on the parents’ part, they can also be entertained easily. That’s why you’ll often see children out with their parents playing games on a phone or tablet. The problem is, this entertainment provides mindless and instant gratification, which gives unnaturally higher levels of dopamine for less effort. Over time, without the opportunity to seek it elsewhere, they’ll end up needing more and more stimulation to feel satisfied.

Unstructured time, in which a child is disconnected from their usual stimulants, is ideal for maintaining that work/reward balance. Playing outside with friends and having a limited cell phone for kids, for example, will provide dopamine in a natural balance. This makes it easier down the line to draw more stimulation and enjoyment from natural things and prevent mental health issues.

2. Encourages Them to Think Outside the Box

Increased creativity results from the action/reward balance because the latter encourages one to bond more with their mind. As they continue to get dopamine from more gradual activities, they’ll find more satisfaction in the build-up as well. It’ll also become easier for them to think outside the box when bored, finding new ways to use familiar items. Simply put, the void of boredom can make anything more enticing, and such new perspectives will help further avoid it.

Perhaps your child cannot use their devices but is bored with their usual activities like drawing and playing with toys. They might look for new objects to play with or new scenarios to draw and create a wholly new experience. There is creativity in isolation, and nobody has as ripe an imagination as children.

We’ve all had moments where a quick episode of television turns into an entire afternoon on the couch. It happens to everyone of all ages, but the screen is especially magnetic for children who haven’t yet developed self-discipline. This applies to any and all screens — TV, computers, smartphones, tablets, and even smart appliances like refrigerators and coffee makers. Unfortunately, the stimulation they provide isn’t always regulated or healthy.

Time without screens reduces consumption of potentially harmful content. Most of the time parents and guardians don’t have time to prescreen whatever it is their child is watching. You might also not be interested in watching the same programs. In this scenario, it’s difficult to know what content children are seeing, and it might not align with your values. The internet in particular is notorious for its negative influence on budding minds, if not properly utilized.

Moreover, unstructured time divides up the day for the sake of habitual variety. If your child has free time built into their day, they’ll become more accustomed to the difficult parts of it. Turning off the computer won’t necessarily be a bad thing when they know they’re able to have fun without it. It’ll become a regular part of the day and, consequently, something they can do without hesitation because they want to.

This is ideal for teaching your children how to use self-discipline from an early age and into adulthood. It can create an impenetrable foundation for other life lessons. The effect ripples through all parts of life like their responsibility with homework, empathy, and how they treat others.

With more time and more opportunities to explore, fun can be found in unexpected places. Your child might end up spending the day outside in the yard or building a fort in the living room. And like any time you’ve discovered new interests to engage in, they’ll likely want to return to the activity afterward. These exciting adventures can be far more entertaining than tablet games or TV shows and therefore gain higher perceived value.

It’s important for parents to encourage this as much as possible and be an example for their child. If that means spending time every day telling fantastical stories in a pillow castle, then so be it! It simply means that your child is starting to value this time more than other, less healthy forms of entertainment.

All of this is to say that you want your children to have vivid imaginations for their entire lives. Consistent time away from easy stimulation is the best way to draw that out and keep it fueled.

It may be tempting, but try to avoid distracting your child with TV or mobile games, if you can help it. Even if you’re tapped out right now, it can change the way they think for the rest of their life.

Reasons Why Job Boards Are Extremely Important For Your Job Search

Mangafreak: The Best Site To Browse, Explore, And Read Manga

7 Ideas For Intriguing Hobbies That Everyone Should Try