Malaysia is one of the most stunning Asian locations that tourists from across the world flock to. Despite this, many tourists dismiss Malaysia as being too expensive, and decide to visit Thailand instead. What many don’t realize is that Malaysia is a country of adventure, diversity, beauty, and not to mention culture. The most predominant religion in Malaysia is Islam, meaning that visiting Malaysia provides you with the opportunity to learn more about the Muslim faith and its customs, such as Ramadan first hand. As well as this, you’ll be exposed to some incredible scenery and adventure opportunities.

When visiting Malaysia, it’s likely that Kuala Lumpur will be the location oh which you’ll fly into. Therefore, its extremely accessible to visit as you’ll be delivered straight there. Kuala Lumpur is the capital city of Malaysia and is extremely diverse with Malay, Indian, and Chinese influences running throughout the city. As a result, you won’t be short of choice when it comes to culinary exploits. Similarly, Kuala Lumpur has an extensive train network that allows you to experience Malaysia far and wide. Despite this, you don’t need to stray too far from Kuala Lumpur itself when it comes to finding unique neighborhoods.

As far as sampling street food is concerned, Penang is believed to be one of the best places to visit in Southeast Asia. Perhaps the most famous location is Gurney Drive, which is found right at the waterfront. Here, you can try Malay, Indian, and Chinese treats, as well as a multitude of other delicacies. Aside from this street food, there’s also plenty of things to do in the area, including browsing though stores and sipping drinks in cafes. Not only this, but this city is regarded as a UNESCO World Heritage Site, meaning that it’s abundant in museums and history.

The Perhentian Islands is the ideal location for backpackers and travelers on a budget. You can spend the day diving or snorkeling before you party the night away when visiting the smaller of the two islands. Despite this, the large island is perfect for couples, families, and travelers who aren’t keen partiers.

Similarly, the larger island is relatively more expensive than the smaller, meaning that you want to set aside a slightly inflated budget when planning a trip here. Whichever of the two islands that you opt for, you’ll need to travel there via speedboat and the weather means that you’re not likely to visit during the winter months. Learn more about Best Places To Visit In Malaysia at www.compassnews.net 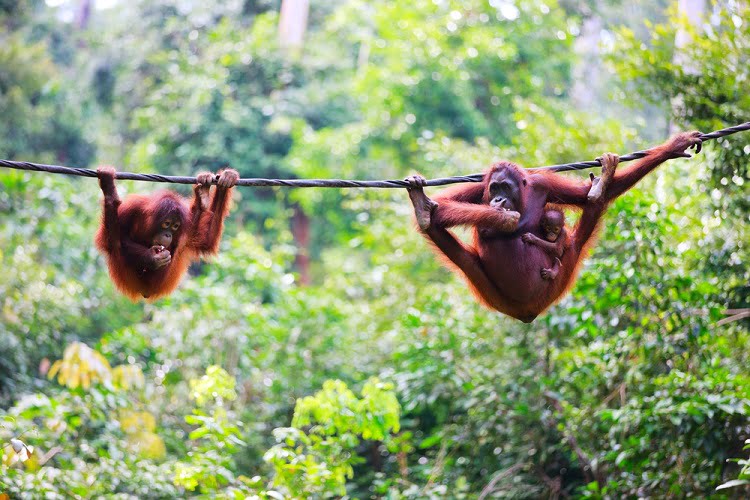 Since Malaysia’s mainland is so modern, travelers will often fail to venture into the rainforests. Despite this, the Borneo offers aspects of the world that can’t be experienced anywhere else in the world. For instance, there are endangered orangutans that can’t be found elsewhere across the globe. On top of this, Borneo is separated into two states: Sabah and Sarawak. Each of these couldn’t be more different than the other with varying charms and vibes. In fact, it’s in Borneo that the Rainforest World Music Festival is held, which is one of the most buzzing music events in the whole of Southeast Asia.

Last up is Malacca that is referred to by locals as Melaka. This is the perfect location for history and culture enthusiasts, as an area of endless colonial sites. Much like Penang, Malacca is also a UNESCO World Heritage Site, and has been since 2008. Malacca has an extremely relaxed ambiance, which encourages people to remain here for a few days. You can easily visit the region by bus but railway access isn’t viable in Malacca.