A Look at the Differences Between a Misdemeanor and Felony 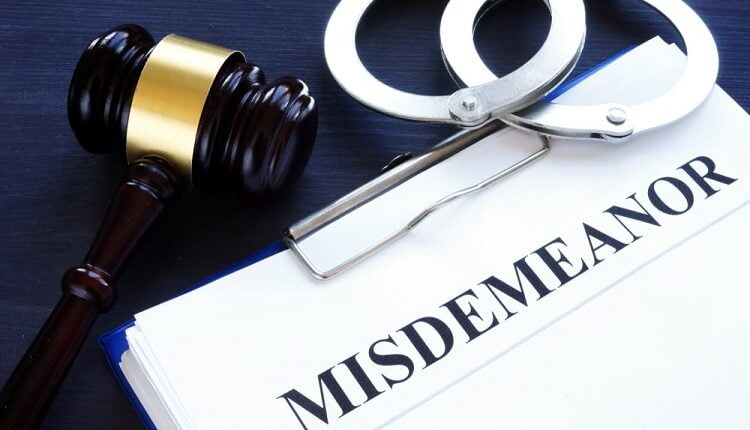 What is a Misdemeanor?

Generally speaking, a misdemeanor is a “lesser” criminal offense or one that the law defines as less serious. Typical misdemeanors across states include crimes like simple assault, petty theft/shoplifting, disorderly conduct, simple possession of drugs, or trespassing. Certain traffic violations, such as reckless driving, may also carry misdemeanor penalties.

As misdemeanors are lesser offenses, they will usually carry lesser punishments. In many cases, misdemeanants are sentenced to community service, probation, or fines. If a misdemeanor carries a jail sentence, it will typically be short in length and served in a county jail rather than a prison.

What is a Felony?

Generally speaking, a felony is a “greater” criminal offense or one that the law defines as very serious. Felonies across states include crimes like murder/manslaughter, rape, kidnapping, aggravated assault, robbery/burglary, or grand theft. Fraud, tax crimes, and larceny can be classified as felonies, as can certain traffic offenses such as DUI.

Many states will organize felonies into different “classes.” Washington state has three classes, A, B, and C, based on the maximum sentence for the specific crime. Other states may organize felonies into violent or nonviolent categories; “violent” may include psychological trauma in addition to physical injury against a victim.

As felonies are serious offenses, they will carry heavier sentences and often include imprisonment. The duration of the sentence may range from over one year to life without parole. Felons in many states may also lose certain other privileges, including the following:

After someone is convicted of a felony, it may also be more difficult for them to find employment, buy or rent housing, or apply for loans and financial services. If a felon is not an American citizen, they may also be deported from the United States.

A Note on Felony Conversions

In some states, people could receive felony charges for a crime that would otherwise be a misdemeanor. Typically, these provisions are reserved for repeat offenses, though a misdemeanor may also become a felony under aggravating circumstances.

For example, in Washington state, DUI is typically a misdemeanor charge. However, if the driver accumulated four misdemeanor DUI charges within the decade, they may be charged with felony DUI, which carries a more severe sentence. If the incident involved vehicular assault or homicide, that may also yield felony DUI charges.

A Note on Gross Misdemeanors and Petty Offenses

It is also important to note that some states organize criminal offenses into a more complex hierarchy than simply misdemeanors and felonies. In Washington state, for example, a crime is a gross misdemeanor if it exceeds the maximum sentence of a misdemeanor but does not meet the criteria for a felony.

Petty offenses are crimes less severe than misdemeanors. They are sometimes called summary offenses because they can be addressed outside of a jury trial. Common petty offenses include minor traffic violations or theft under a certain threshold of monetary value, both of which are handled through citations. Though the punishments for an individual petty offense are minor, repeated petty offenses can yield more severe sentences.

Even if an offense is minor, you may still choose to contest the charges against you with the assistance of a qualified defense attorney.

A Teacher’s Guide for Introducing Microscopes to Students