8 Things To Know About Houston 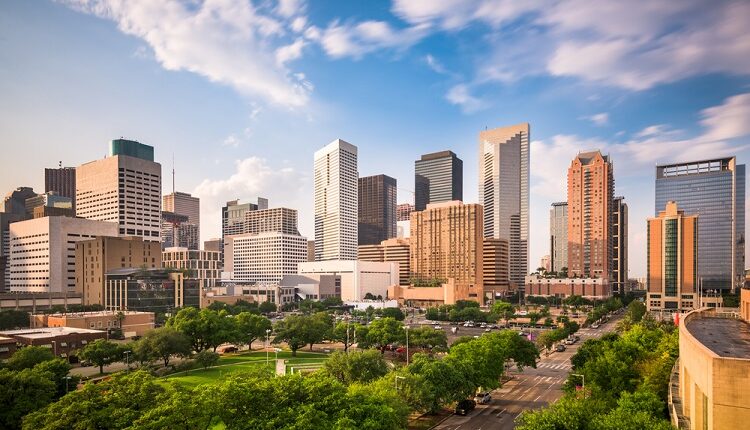 Houston is the fourth most populated city in the country. The Texas city is known for its strong economy, diversity, and growth. During the pandemic, Houston gained around 69,000 residents, which was the third-highest of any metro in the U.S.

The population is currently around 7.2 million, and new residents are flocking to Houston every day.

If you’re someone who’s thinking about moving to or visiting Houston, the following are some things to know.

1. The Traffic Is Bad

Houston is an amazing city and it has a lot to offer, but there are some downsides as well. Traffic is one of those. In 2021, Houston had nearly 67,000 traffic accidents. That equates to around 184 car accidents every day, or 7.6 accidents an hour. Around 52,130 people were injured in car accidents in Houston in 2021, which is around 2.2% of the city’s population.

Houston is home to part of the widest freeway in the world, nicknamed the Katy Freeway. It spans 26 lanes. There are more than 4000 miles of highway in the metro area, and navigating the streets and roadways is a challenge even for city natives.

Feeder roads are a unique consideration in Houston. Feeder roads are like frontage or service roads because they run parallel and then feed traffic into major roads. Most service roads are only a lane or two wide, though. In Houston, the feeder roads are often three or four lanes, with traffic all going in the same direction. You have to make sure you’re in the right lane to merge on the highway or off when it’s time.

Despite the risks of driving in Houston, as well as the heavy traffic you’ll experience, having a car is often described as a necessity in the city. Houston, like other Texas locations, is a driving city.

One reason so many people decide to move to Houston and Texas, in general, is because it’s affordable. The cost of living is significantly less in comparison to big cities like New York or San Francisco. The Houston cost of living is also around 5% less than Dallas and 19% lower than Austin.

There’s no Texas state income tax, which holds appeal for a lot of resdients as well.

Part of understanding life in Houston is to understand the loop. Interstate 610 loops around the city, and it’s a reference point for suburbs and neighborhoods.

The inner loop is the central business district. This is where you’ll find the big city amenities of Houston, like entertainment, restaurants, and museums. This is often where young professionals call home.

The outer loop is where the suburban neighborhoods are, and it’s where you’ll find more of the single-family homes and family-friendly neighborhoods.

If you get directions from a local, they’re probably going to describe your destination as being in or out of the loop.

4. The Economy Is Strong

Houston has a strong economy, and it weathered the pandemic well. The Houston metro accounts for one-fourth of all the jobs in Texas. Houston is also responsible for around 30% of the state’s economic output.

Much of the economy in the city relies on the energy industry, especially oil.

Outside of oil, the economy’s biggest sectors in Houston include health care, aerospace, and biomedical research.

The Houston metro makes up the largest concentration of petrochemical manufacturing in the world, which includes insecticides, fertilizers, and synthetic rubber.

5. Home Prices Have Been Going Up

While Houston is vastly more affordable than most other major U.S. cities, the price of housing has risen in the past few years. This trend is reflected everywhere, though, and not just in Houston.

As of April 2022, the average price of a single-family home in Houston was over $400,000 for the first time because of a shortage of properties.

6. The Beach is Nearby

If you want to escape to the coast, living in Houston makes this easy. The summers get hot, but you can make it to the Gulf Coast of Texas in under an hour. Galveston is a great day trip option, and Houston residents can feel like they’re enjoying a getaway without paying for an airline ticket.

Galveston has around 32 miles of beaches and historic Victorian-style homes.

Even at the beach, it’s going to be tough to get away from the notorious humidity of the area, however. The summers are sweltering and humid, but the flip side of that is that the winters are relatively mild.

You’re not likely to ever be bored if you visit or move to Houston.

The NASA Space Center Houston features a collection of artifacts, the NASA Tram Tour that takes you behind the scenes at Johnson Space Center, and live shows.

You can enjoy the beautiful Buffalo Bayou, with hundreds of acres of trails and parkland.

The Museum of Fine Arts is one of the biggest  in the United States, and on Thursdays, a resident DJ entertains visitors.

The Houston Museum of Natural Science features paleontology exhibits and an indoor rainforest.

Also, a major draw in Houston is Minute Maid Park. It’s home to the Houston Astros and can house 40,000 fans.

The Houston Livestock Show and Rodeo is the largest of its kind anywhere in the world.

It takes place once a year, and it’s an event that lasts for 20 days. There are barbecue competitions, live music, and a carnival.

8. There Aren’t Any Zoning Laws

Interestingly, Houston has no zoning laws. Development is governed by codes as far as the ways property can be subdivided, but the lack of zoning laws makes for some eclectic communities throughout the city.

Overall, Houston is an exciting and vibrant city that’s in a period of major growth and development right now.

How To Recognize And Take Only The Most Profitable Loan?

How I Fell in Love with California and Why You Will Too!

How You Can Gift Your Husband a Vacation

Essentials For When You Are Travelling Solo

6 Best Things To Do In Dubai In Summer